Work as an aircraft mechanic
An aircraft mechanic’s work entails to maintain aircraft so they can keep flying. So it comprises maintaining the aircraft, but there’s many areas in which to do so: inspection of the aircraft before and after flight, practical work with tools and electrical appliances, upkeep work as well as modifications, administering oil and fuel supply, cleaning of the airframes etc.

Outside the maintenance in practical terms, there’s also maintenance of the associated things such as tools and stores, ensure that parts don’t break or deteriorate, and to make sure regularly that the measuring equipment is up to par, as stipulated in regulations and best-practices.

There’s also quite a bit of paperwork to complete and manage, which happens in accordance with the the manufacturer’s maintenance manuals. But to keep that updated to the most recent revisions is also a very important task.

It’s fun to be an aircraft mechanic
It’s very hard to keep an aircraft airworthy if you don’t see to it regularly.
There’s no such thing as pulling over to the roadside and have a look if there’s something not right about the aircraft.
In the USA they call an aircraft that doesn’t work and never exits the hangar a “hangar queen”, but I must admit I never wish to be very close friends with such a noble lady.

It’s fun to be a mechanic: every day the aircraft conditions change, and you need to flexibly anticipate it and sort out the problems, and when you do… Bingo! Jackpot!

After such an effort it’s very enjoyable to take a “sky-walk” in the aircraft when testing it and so on. To see the changes of the seasons from the sky, to have the ground flow blisteringly fast underneath you like in a movie, that’s what you can experience. It’s cool. It’s special.

The buzz of working as an aircraft mechanic
There’s an important feeling of responsibility, as well as an important application of know-how and technique when you do the inspections and maintenance. It’s also important to patiently and observantly stick to the numbers stipulated.

There’s also an enormous requirement for effort in keeping track of spare parts, with tens of thousands of necessary parts even for a small aircraft.

It’s required that an aircraft at certain intervals and through certain procedures has parts or lubricants exchanged to fly safely.
It’s a work where the responsibility is enormous, since you are responsible for other people’s lives.
But when you work on and achieve the safe aircraft and thus overcome that challenge, the sense of accomplishment is fantastic.

The nature of an aircraft mechanic
I think that to become a mechanic you won’t need supernatural or genius powers, but just through your own effort you’ll persevere.
If there’s a necessary thing, it’s the ability to perceive a variety of quite intricate things and concepts, to maintain a high degree of curiosity and desire to explore and never to be dishonest.

Service center for a variety of manufacturers
Alpha Aviation is authorized service center and dealer for Robinson Helicopter C., Diamond Aviation, Thielert Engines, Garmin and Rolls Royce Engines.
We mechanics feel at Alpha Aviation that now and in the future we have a great sense of pride in the recognition that these companies show.
And we strive to the outmost to make our customers satisfied with our work. 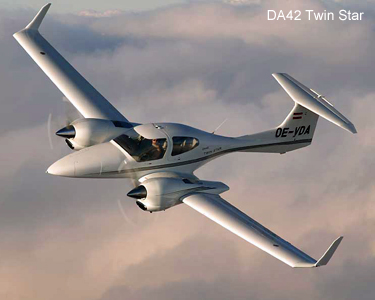